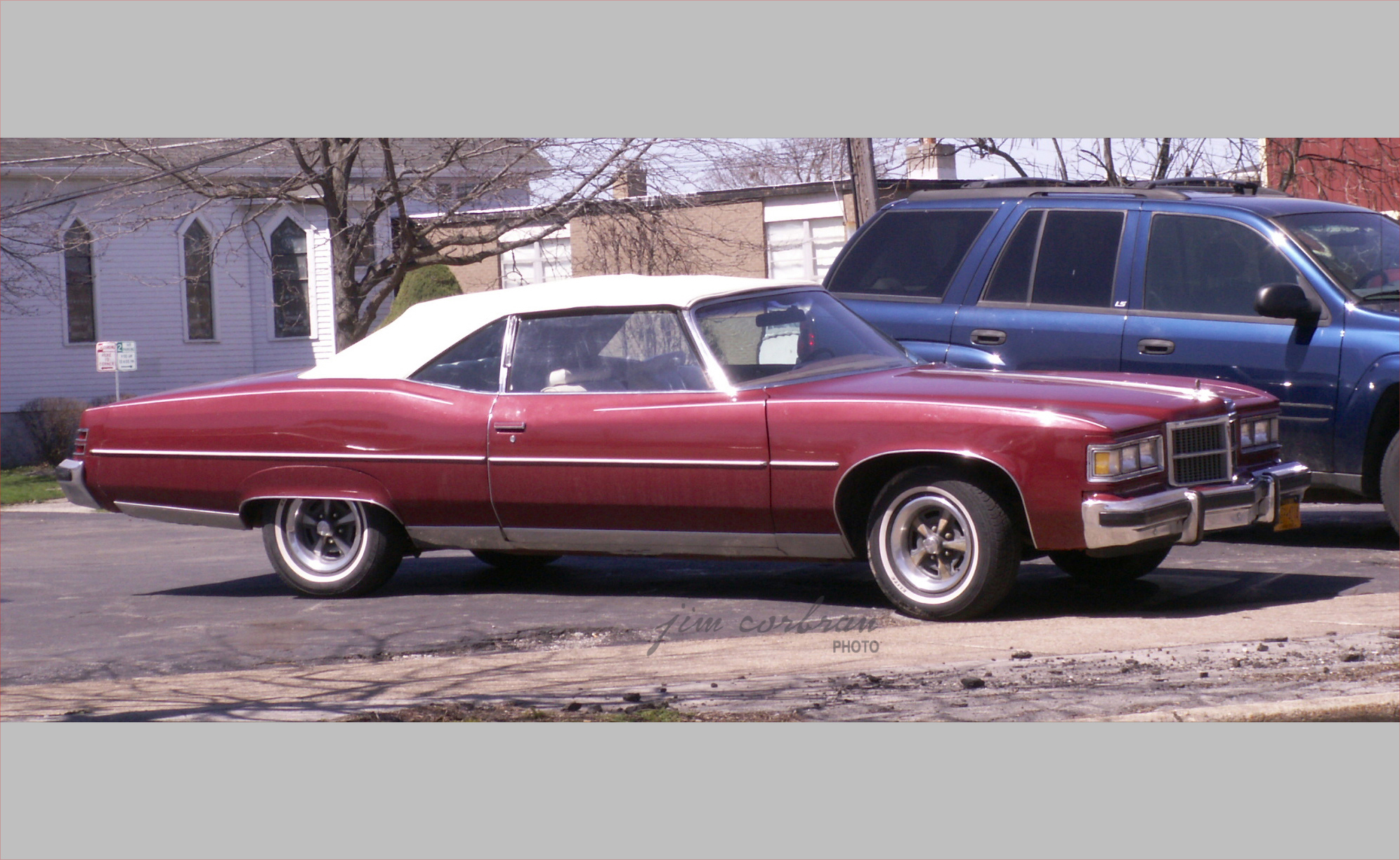 If you think this 1975 Pontiac Grand Ville looks special, just read what Pontiac had to say about it: Don’t even consider it, unless you have a taste for luxury. A well cultivated taste. Because this is Pontiac’s most luxurious car. Ever. No holding back, there! Model year 1975 was the last for the big Pontiac convertible, as well as the final year for the Grand Ville nameplate, which would be replaced the following year by the Bonneville Brougham. This red drop-top was seen over the summer in Tonawanda.