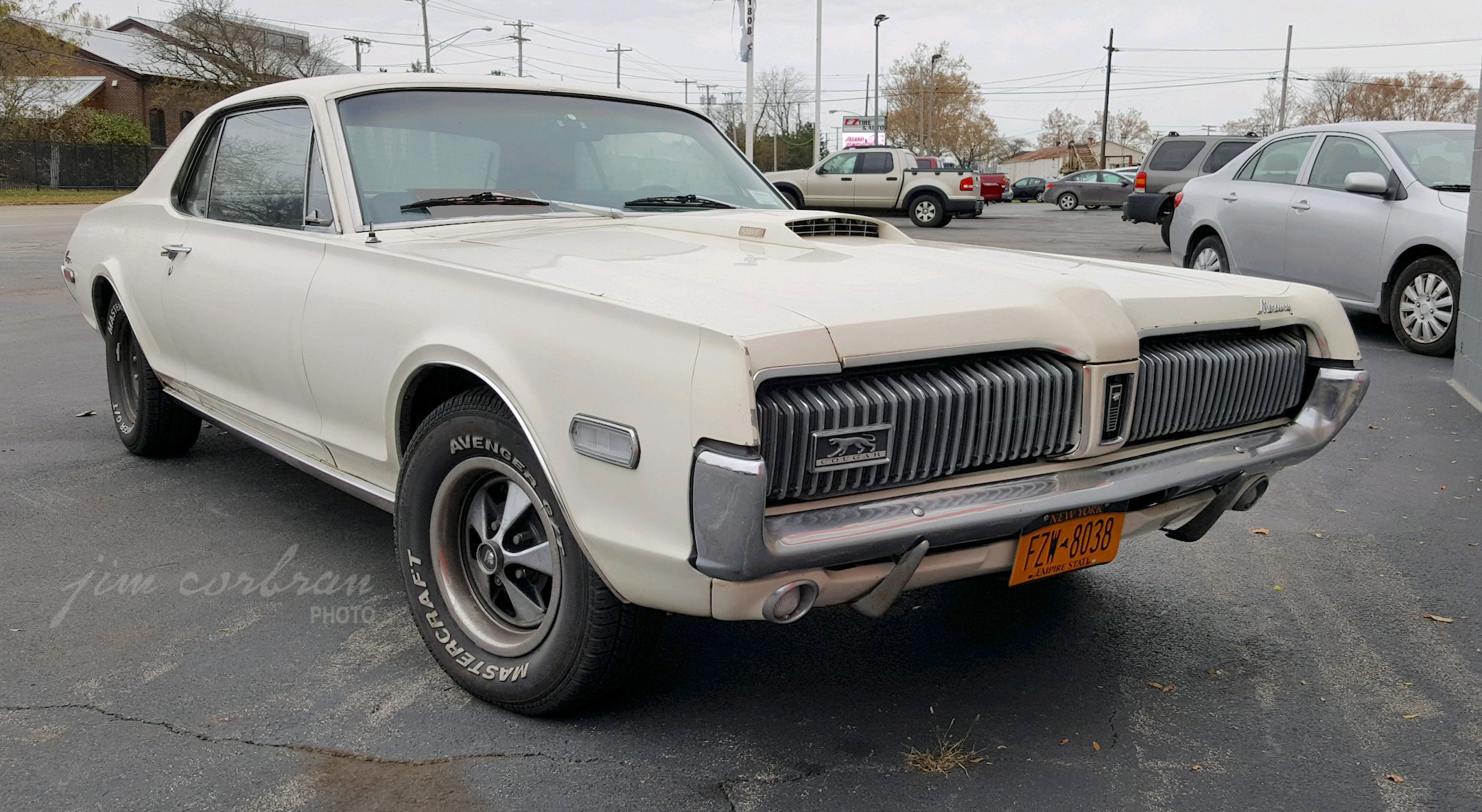 Sharp observers might notice that this 1968 Mercury Cougar seems to be wearing a Mustang hood scoop. The ’68 Cougar, which was now available in four models (Cougar, XR-7, GT, and GT•E) came standard with a pair of twin hood scoops (photo at right), and they were only on the GT•E (and yes, that’s a dot, not a dash!), which also had Ford’s 427 V-8 under the hood. Visually, the Cougar for 1968 differed externally from the debut year of 1967 mainly in the fact that they now had the federally-mandated side marker lights on the front fenders and rear quarter panels. While these early Cougars were mainly more-luxurious versions of Ford’s Mustangs, the nameplate would undergo several changes over the years, which included sedan and station wagon models. This white example was spotted a couple of weeks ago in a North Tonawanda parking lot.