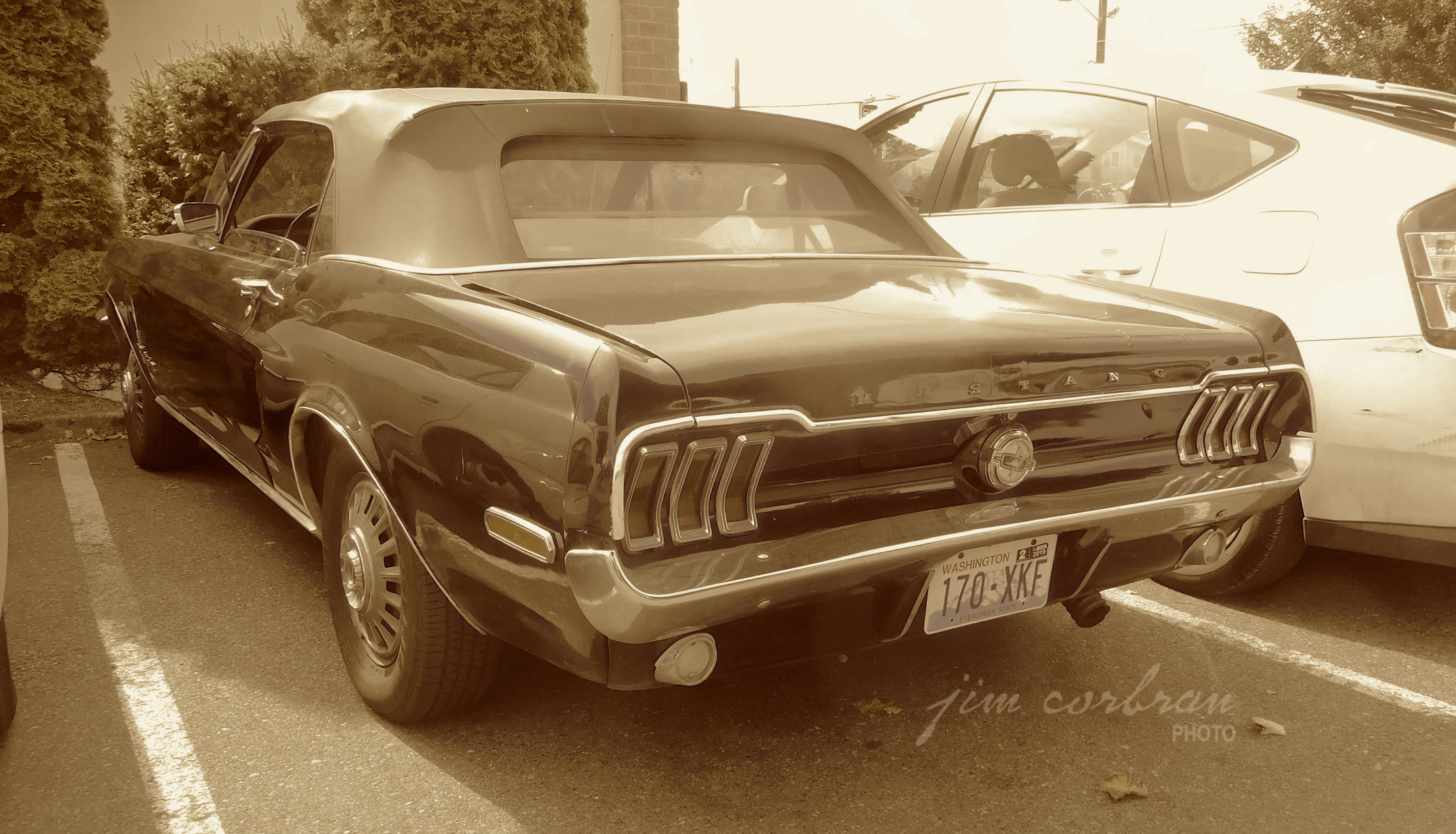 To see a 1968 Ford Mustang convertible in a plaza parking lot in WNY would certainly be a rare thing these days. However, when we came across this one while visiting Seattle, Washington this past September, it seemed like it was just another car. Well, almost. Thinking about it later, we decided it was probably the daily driver of: a.) an aging long-time Seattleite who just possibly bought the car new; b.) a newbie to the PNW who’s trying to fit in; c.) a hipster with a man bun and an open account at Ganja Goddess; or d.) a good ol' classic car enthusiast. (The RealRides staff (me) is hoping for either “a” or “d.”) As most of you probably already know, the ’68 Mustang was in year two of its first-ever makeover which lasted, well, zero more years as it was done over again for model year 1969 to keep up with increasing competition. I’ll still take a ’65 2+2 over most any Mustang since.