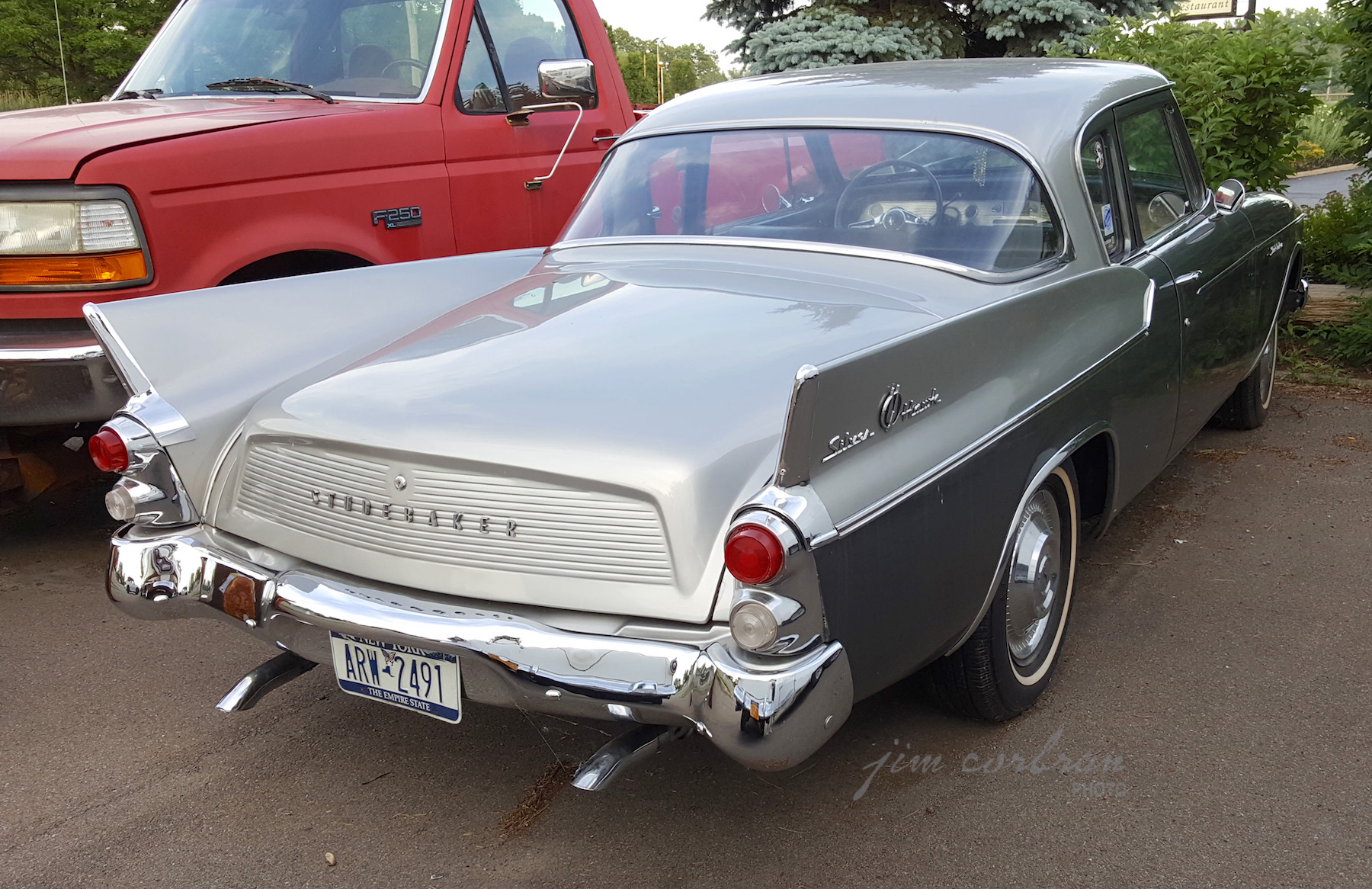 When this 1959 Studebaker Silver Hawk left the factory, the South Bend, Indiana manufacturer was still in relatively good shape, thanks mostly to that year’s introduction of the compact Lark (a year before Detroit’s Big Three debuted their own compacts). The Silver Hawk, like the Lark, was still based on Studebaker’s 1953 body shell (as would be the remainder of Studebaker’s lineup — save the Avanti — until the lights went out during the 1966 model year). The Silver Hawk was the last remaining model (at the time) from the Hawk series, which had included the pricier Golden Hawk 2-door hardtop. By 1960 it was just a Hawk, but for 1962 it got a makeover into the beautiful Gran Turismo Hawk, which went away after the 1964 model. Saw this silver Silver Hawk earlier this summer in North Tonawanda.