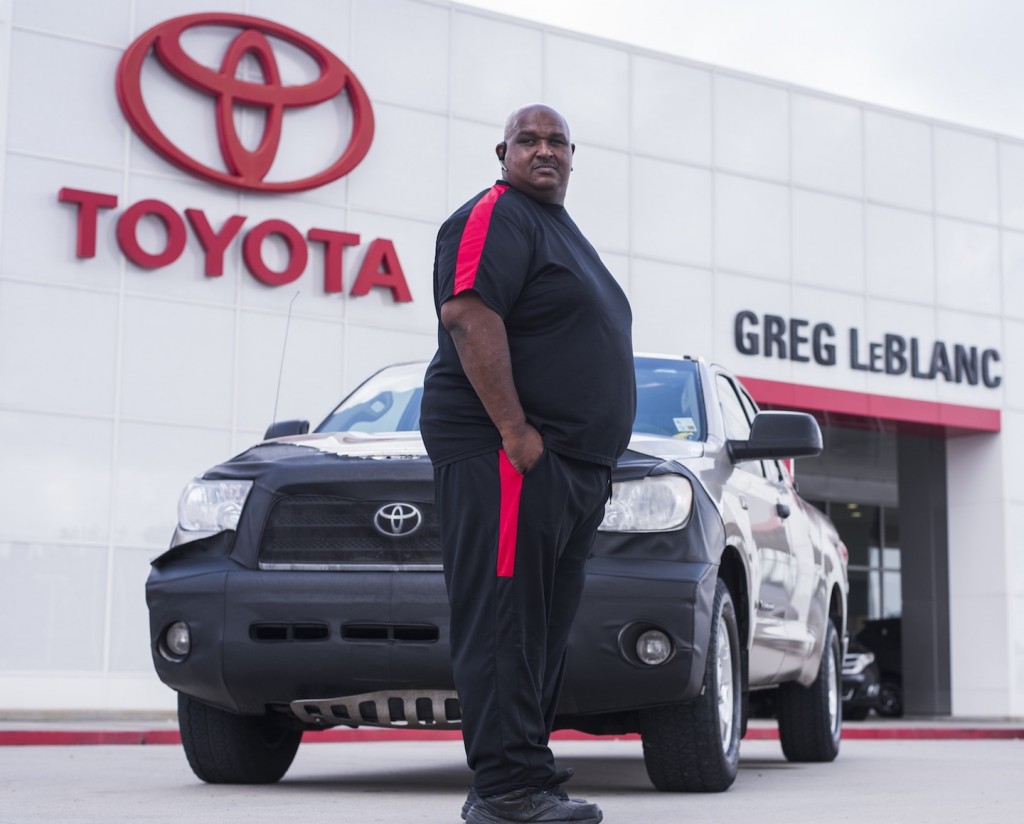 THIS GUY PROBABLY KNOWS ALL THE CLEAN RESTROOMS IN MUCH OF THE UNITED STATES by Jim Corbran, Automotive Columnist When I first heard that there was a guy in Louisiana who had driven his 2007 Toyota Tundra pickup over a million miles, I said to myself “This guy lives in the thing.” Doing the math after Tundra Owner Victor Sheppard told the press that he averages about 125,000 miles per year, I dusted off my abacus and determined that one would have to drive around 350 miles a day, seven days a week and 365 days a year to arrive at that figure. Whew! And you know he must have days he doesn’t drive all that much, so, wow! — Mr. Sheppard, congratulations. I’m amazed he still gets any work done after all that driving. When Toyota Motor Sales USA heard his story, they wanted a closer look at his truck. It was assembled in Toyota’s San Antonio, Texas plant, and Toyota wanted to rip it apart to see how everything had held up. Seeing that a heap of parts wouldn’t help him get around much to perform his job, Toyota USA swapped Sheppard’s million-mile 2007 Tundra for a new 2016 Tundra. This one will be Sheppard’s 16th Tundra. On May 11th 2016 Victor Sheppard was presented with a 2016 Tundra Limited in exchange for his Million-Mile 2007 Tundra during a ceremony at Greg LeBlanc Toyota in Houma, Louisiana. You just can’t buy publicity like that. (Well, maybe you can, with a new truck) but it sure says a lot for both the Toyota brand and the San Antonio plant quality-wise that guys like Sheppard can pile on so many trouble-free miles and keep buying new trucks. You can read more and see other photos here. ### The post THIS GUY PROBABLY KNOWS ALL THE CLEAN RESTROOMS IN MUCH OF THE UNITED STATES appeared first on Buffalo Cars.