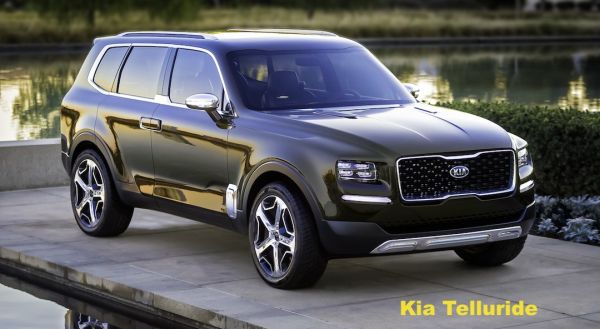 WHAT’S NEW? by Jim Corbran, Automotive Columnist A few nuggets from this year’s North American International Automobile Show in Detroit: Kia Telluride concept — this SUV reminds me of the new Volvo XC90. Upright, squarish… rather handsome, actually. I especially like the suicide doors. It’s loaded with technical stuff inside, some of which (along with styling cues) will probably appear on future Kia models. Lexus LC500 — you want sexy? I think this qualifies. And it’s not just a concept, but will soon debut as one of Lexus’ flagship products. Not just for looks either, as Lexus’ designers engineered the driver’s hip point to be as close as possible to the car’s center of gravity, where they tell us that feedback from the car is the most communicative to the driver. Lincoln Continental — an old name on a new car. The Continental shown at NAIAS seemed very similar to the concept car shown last year — albeit with those goofy-looking “pimp your ride” rims being toned down a bit. The faux Bentley grille is a bit unfortunate, but those high-mounted door handles look neat and don’t intrude on the smooth-looking sides. Honda Ridgeline — this second generation of the Japanese automaker’s pickup looks more like a pickup this time around, which should help sales. Honda is claiming the largest cabin and the only four-foot-wide flat bed space between the wheel arches in the midsize pickup market. Audi h-tron quattro concept — this fuel cell technology-equipped SUV has all-electric drive… with hydrogen as its energy source. Its hydrogen tanks can be refilled in about four minutes, although finding a refueling station might take a while! Some think this is the future of the automobile. I have my doubts, but it’s a neat-looking car just the same. See more vehicle debuts at NAIAS.com ### The post WHAT’S NEW? appeared first on Buffalo Cars.