YOU GETS WHAT YOU PAYS FOR, PT.II 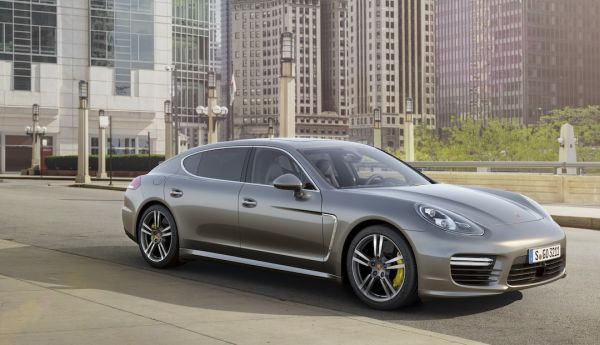 YOU GETS WHAT YOU PAYS FOR, PT.II by Jim Corbran, Automotive Columnist Last week we built our own on-line versions of the cheapest and most-expensive American-branded cars available here in WNY. This week we explore the foreign makes. Before we get letters arguing with our choices, we’re only concerning ourselves here with makes and models available from new car dealerships here in the Buffalo/Niagara region. So, no Rolls, no Bentley… and like last week we’re looking for family-type rides, which knocks out a few contenders on the most-expensive end like some of the Maseratis and BMWs. The final two choices surprised me, as I already thought I knew which two would be the most- and least-expensive family cars out there. I had pegged the Mitsubishi Mirage and Mercedes-Benz S-Class Maybach as the winners. But no. The cheapest and most-expensive foreign sedans in the WNY market (based on official manufacturers’ build-your-own web pages) are — ta-da! — the Nissan Versa S and Porsche Panamera Turbo S Executive. For your $12,825 (with freight) the Nissan Versa S gets you a 5-speed manual transmission (for a sportier driving experience, Nissan tells us), a choice of five (drab) exterior colors and a black cloth interior, a 109-hp 1.6L DOHC four-cylinder engine, 15” steel wheels with plastic wheel covers, seating for five, a/c, am/fm/CD audio system with four speakers, crank windows, and 14.9 cubic feet of trunk space. The Panamera Turbo S Executive (5.8 inches longer in the rear passenger area than non-Executive models) on the other hand, is a little better equipped, as it should be for its delivered starting price of $201,550. Under the hood is a 4.8L twin-turbo V-8 rated at 570 hp. It’s connected to a PDK gearbox (for the uninitiated, that’s a Porsche Doppelkupplung 7-speed) — so sophisticated that when a gear change is made, the next gear is already pre-selected, which means that when it’s needed it will take place in a matter of milliseconds (because, who’s got more time than that for shifting? Lol). Other standard stuff on the Panamera Turbo S Executive includes: seating for four in four individual bucket seats; a choice of 15 exterior colors (some at extra cost); a choice of eight different 20-inch rims (some at extra cost); a choice of 13 different interior treatments (some at extra cost); the sound comes from a Bose® Surround Sound System with nine amplifier channels, 14 loudspeakers and a 200-watt active subwoofer; windows (and just about everything else) are power-operated; and the trunk holds 15.7 cu. ft. of your stuff. So, have you decided? No? Then maybe try building your own versions at these links: Versa or Panamera See what you come up with. ### The post YOU GETS WHAT YOU PAYS FOR, PT.II appeared first on Buffalo Cars.